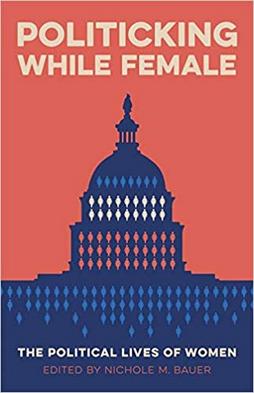 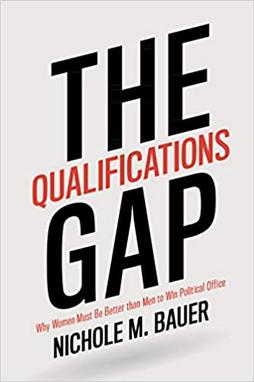 ​​​​​My research agenda focuses on understanding the psychological motivations behind the political attitudes and actions of individuals. To achieve this goal, I investigate how communication, institutions, and leaders shape how the public thinks about politics.  I rely on multiple methods in my research including experiments, surveys, content analyses, and other quantitative analyses.

My research agenda investigates the interplay between candidate strategy and how voters perceive female and male candidates. Using both experimental and observational methods, I examine how

affect the way voters use feminine stereotypes to evaluate female candidates. My research

2014. I have many articles based on this research including two articles in

Activation and Support for Female Candidates," and, "The Effects  of Counter-Stereotypic

Gender Strategies on Candidate Evaluations," and a number of articles published in other

of candidate qualifications. My article in the Journal of Politics, "Shifting Standards: How

Voters Evaluate the Qualifications of Female and Male Candidates," shows that voters hold candidates to gendered qualification standards. These gendered standards mean that even when female contenders receive positive evaluations for political office, this will not be enough to secure them an electoral victory. My article won the Joseph L. Bernd Award for the best article published in the Journal of Politics  in 2020.

My book,  The Qualifications Gap: Why Women Must be More Qualified than

Men to Win Political Office, (2020, Cambridge University Press) builds on my research about candidate qualifications. I examine why it is that the women who hold political office, on average, be more qualified than the men who hold political office. I investigate this question from a political psychology perspective and argue that voters hold female candidates to higher qualification standards. Female candidates must be more qualified than men to win political office because feminine stereotypes put them at a disadvantage and there is a conflation between masculinity and political leadership. I investigate the relationship between gender stereotypes, candidate qualifications, and gender bias using analysis of public opinion data, a content analysis of campaign news coverage, and many original experiments. The Qualifications Gap won the Robert E. Lane Award for the best book in political psychology published in 2020 from APSA's Political Psychology section.

As part of my work with the Reilly Center for Media & Public Affairs at LSU, I compiled an edited volume, Politicking while Female: The Political Lives of Women, that examines the challenges facing women in politics as citizens, candidates, and officeholders. The volume includes contributions from the leading researchers in women in politics.